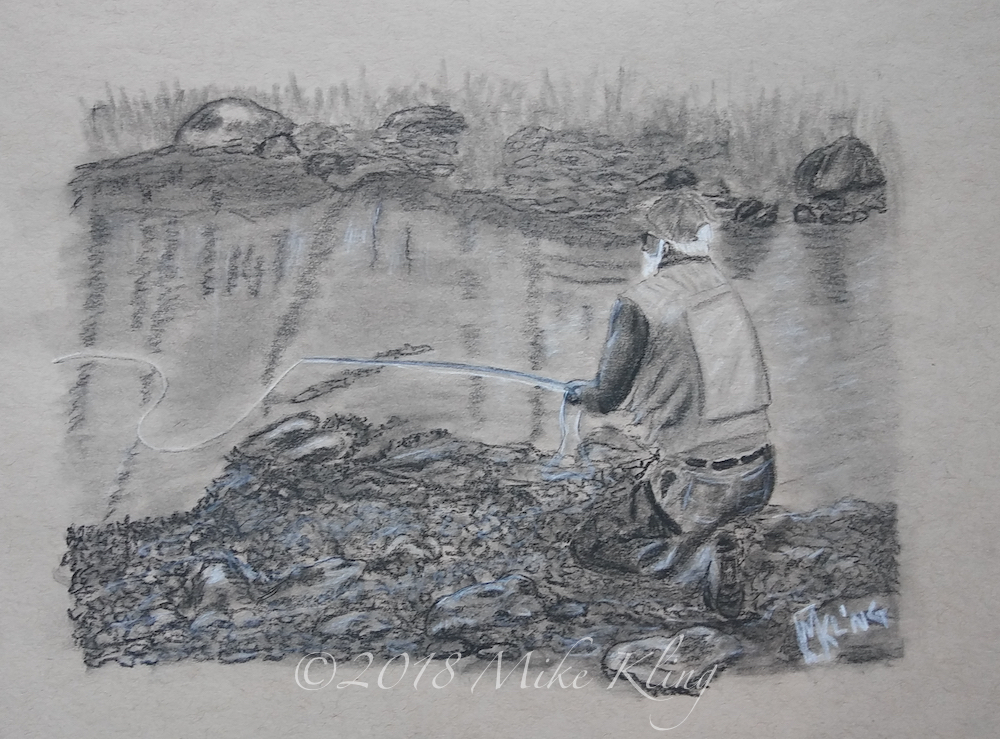 Drawn from a photo taken November 22, 2001, on the Rapidan River, Madison County, Virginia.  My brother casts stealthily to wary trout, using a bamboo rod he made himself and a fly he tyed himself. “Down Low” in the title refers to the location on the lower stretches of the FlyFishing section, below the road, and the posture of the Angler, to be less visible to the Fish.

The Rapidan is well thought of in the Lore of FlyFishers, being America’s first designated Catch and Release stream. It has been the Playground of World Famous FlyFishers and Presidents. President Hoover maintained a Retreat/Camp on the River while in Office. Mere Mortals may FlyFish the Rapidan today if they hold a valid Virginia FreshWater License and Do Battle with the Natural Descendants of the very same Brook Trout who, at times, outwitted the aforementioned Angling Luminaries. It is a Beautiful Place.