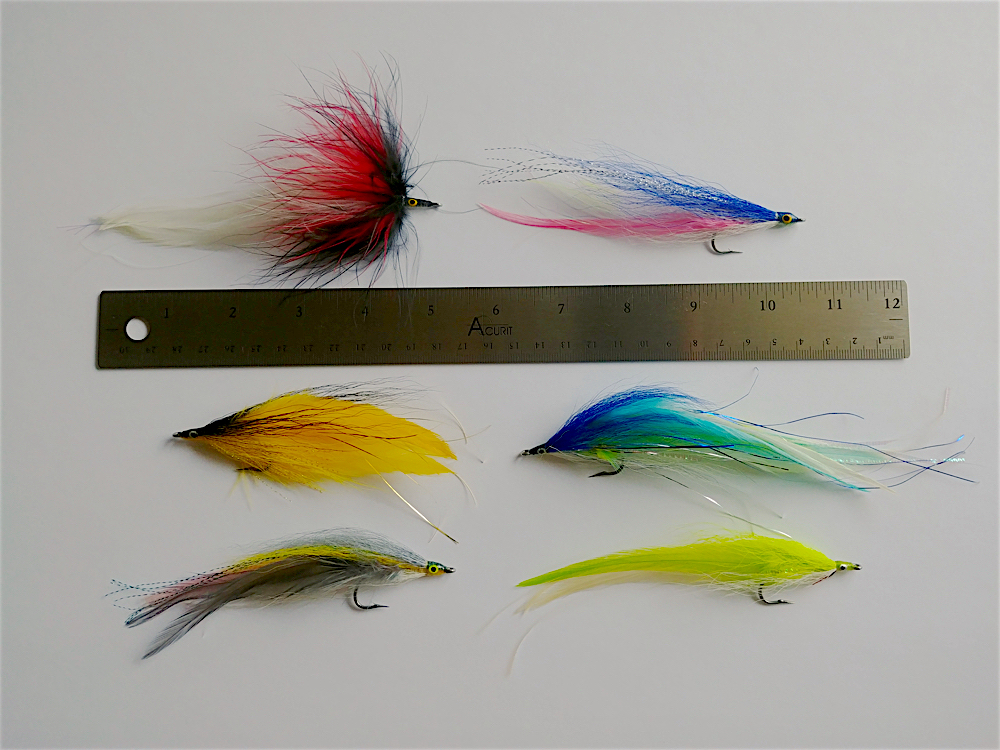 Former commercial tyer and long time fly fisherman moving away from the Sea (yeah, sucks, i know, but sometimes that’s how Life goes) and liquidating his personal stash. Some of these are new flys, tyed to be for sale in shops. Many of these are my personal flys, tyed to catch fish, not fishermen. Some have been used and many of those have caught fish, sometimes many fish, but still have some casts left in them. Often flys get better the sparser and more chewed up they get. But most are in pristine to lightly used condition.

This page is best viewed on a computer monitor. You can click on a pic to expand it and most have a funny “X” in the upper right hand corner which will make them bigger yet, according to the size of your monitor. Get a good look at them to see the quality. Tiny phone screens may not show them well.

The white foam boards they are laid out on are 20×30″, to get an idea of their size. 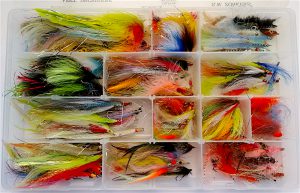 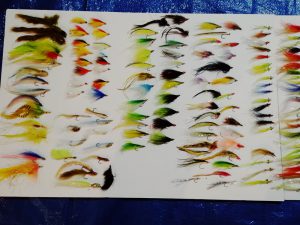 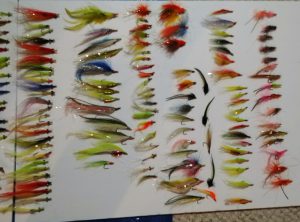 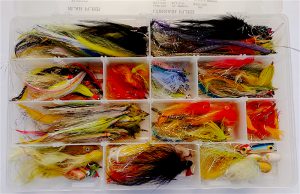 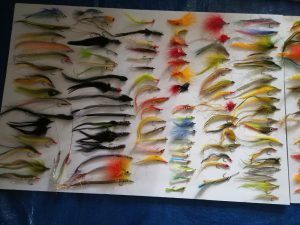 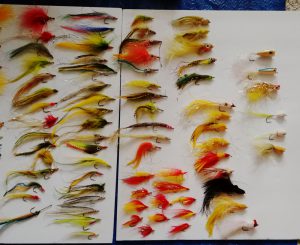 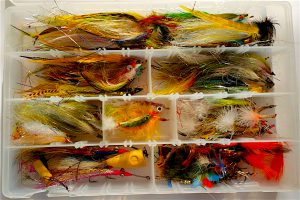 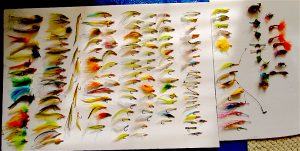 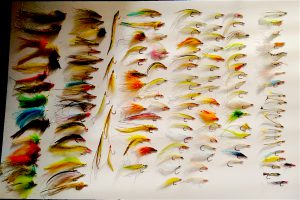 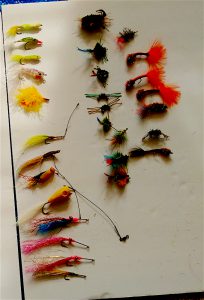 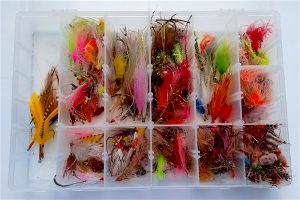 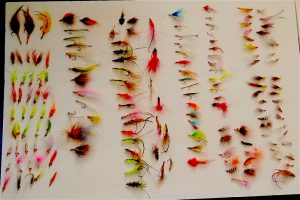 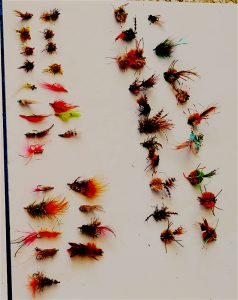 This is my personal box that I carry on the Beach and Rivers when I am fishin’ for Stripers at night, perhaps my favorite of all kinds of fishin’… 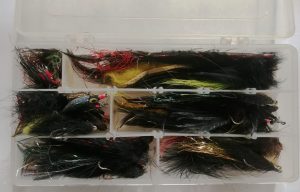 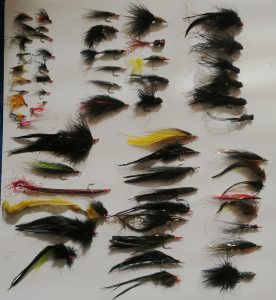