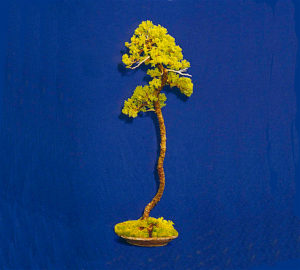 Bonsai is the Practice of keeping a Dwarfed Tree in a Pot. It is the Art of Distilling the Essence of a Tremendously Old Forest Monarch into a Liftable Miniature, the Expression of Admiration of the old Pine tree hanging off a cliff, Surviving centuries of snowload and withering winds.  “A Universe in a Pot”, “The Backdoor to Zen”, the Japanese have said. I concur. It is what i did for many years. A stranger once surveyed my bonsai exhibit at an Art Show and said, “This is your Religion, isn’t it.”. I had never thought in those terms, but could not disagree with the sentiment.
I stopped the physical practice of bonsai a while back, but not mentally. Bonsai gave me an intense admiration for the Arts contained in Nature, and showed me how to find them. It is a shame that the Western World looks at bonsai but cannot focus it’s superficial gaze. C’est la vie.
I taught bonsai for several years, too. I’ll post up some of my handouts and course outlines, perhaps they’ll be of help to someone wishing to explore this Ancient Art.

Bonsai is an Art, however, it’s first rule is that the subject plant must be Healthy so that you may safely train it into an Artistic Shape. Basic Bonsai Styles addresses the Artistic foundation of Bonsai. From my Beginner Class.

Once you have created, or styled, a Bonsai, you will have to maintain it, both Artistically and Horticulturally. This concise guide came from my Intermediate Class.  Bonsai Maintenance 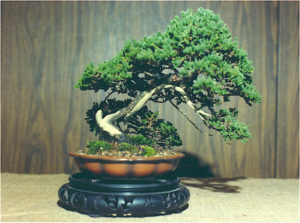 Refinement and Evolution- Training a Plant to be a Bonsai. This is where to go and how to get there once your styled Bonsai is comfortably maintained in a pot. It is the Lesson without an End, from my Advanced Class.

Bonsai, having been practiced in China and Japan for a millennium, has spawned some companion arts, among them bonkei, saikei, and forest/grove plantings, which may be combined and called Tray Landscapes in the West. Here’s where you can see the outline from my Tray Landscape Classes.

Something you can do to maximally improve your entire bonsai collection…

Some of my old bonsai… 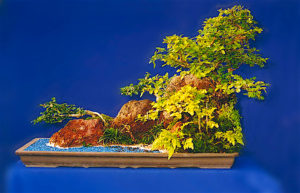 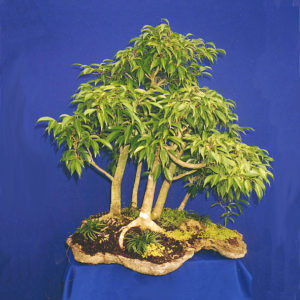 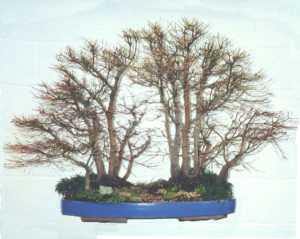 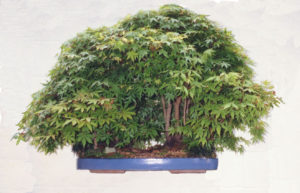 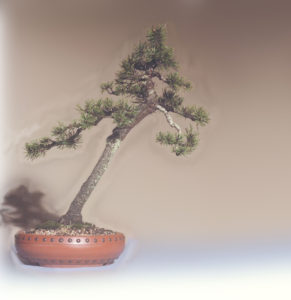 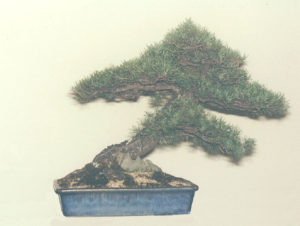 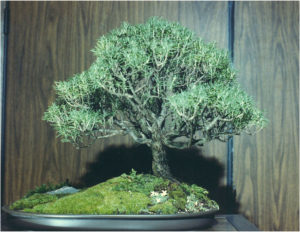 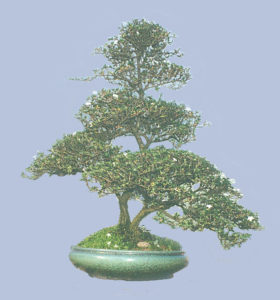